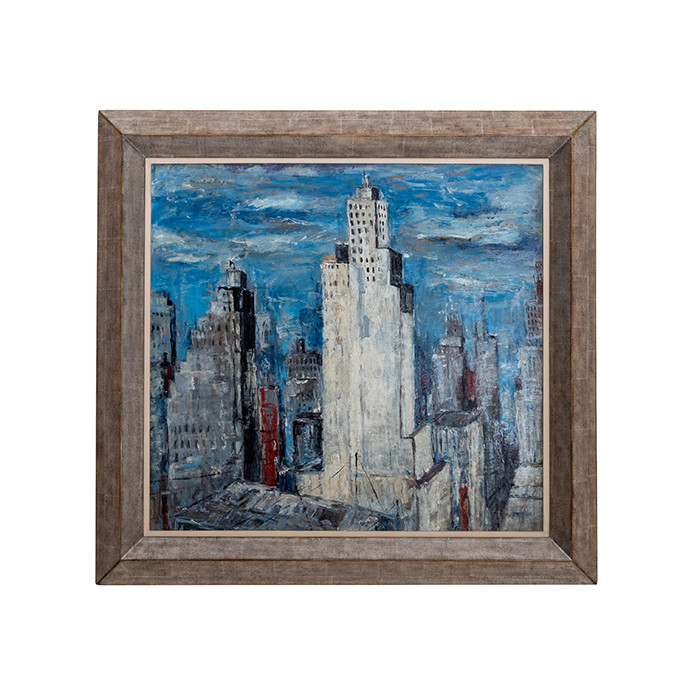 Wilhelm Thöny Painting " New York " Oil on Cardboard. Painted Between 1938 -1948 Signed by artist, signed upper left: W. Thöny. Wilhelm Thöny was an Austrian painter, illustrator, graphic artist and etcher. The painter was one of Austria’s most outstanding artists of the first half of the 20th century. He was a cosmopolitan and his works reflect the places, where he travelled to and where he lived. Graz, Munique, Paris, the Côte d’Azur and New York were the most important places of his life. Out of his extensive oeuvre, which range from battle scenes of World War I to large-sized city views of New York, just a small part remains. Many of his works were destroyed in 1948 during a fire at the Warehouse where he had kept most of his paintings and drawings. $185,000.00